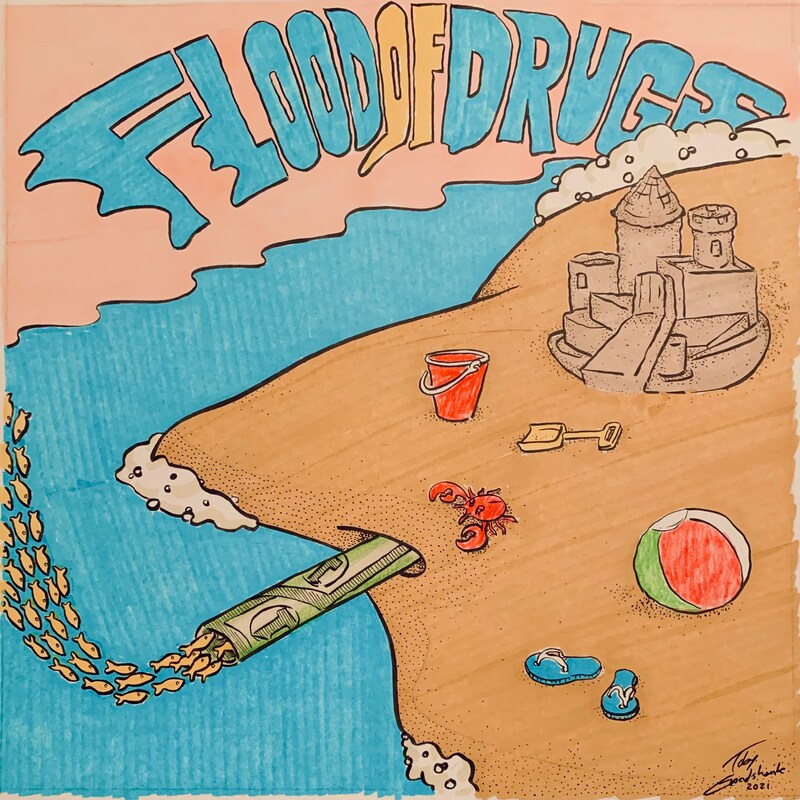 Artist Statement:
​
Hazily flipped through channels on a hotel room television in my dream last night. Stumbled upon a black and white hospital drama starring young versions of the actors Gene Wilder (best known as OG Willy Wonka), Ray Wise (dad from Twin Peaks) and Frank Silva (Bob from Twin Peaks). These three surgeons and the film itself all bore a greasy sheen. Actors were pomaded and buffed to a sparkling degree. Film noir lighting smeared claw marks across a vaseline-coated lens. Melodramatic in tone, with gratuitous close-ups and sensual, soft-spoken dialogue. Couldn’t believe my discovery, felt like I’d struck gold. The idiotic title "Days of Me" flashed on-screen in slim white letters. So excited to share my discovery with the next person to enter the room. Sad to wake up to a world where this film doesn’t exist.

In my song "Flood of Drugs", I implicate a former employer (only one to ever fire me thus far) in the drug trade that takes place in my Connecticut hometown. The outro contains a sample from the original soundtrack for the 1943 film "Meshes of the Afternoon" by Maya Deren, which I highly recommend. The song itself features the guitar and bass playing of Kyle Morgan, a friend and amazing songwriter who has a band called Starcrossed Losers.
My name is Toby Goodshank, and I represent Queens County, NY. I'm a solo musician, but have also been in the bands The Moldy Peaches, The Pizza Underground and Darwin Deez. I was in an art collective called 3MB with Adam Green and Macaulay Culkin. We had an art show, and directed/starred in a music video for Father John Misty’s song “Total Entertainment Forever.” Adam and I continue to work under our new name 3GB with Thomas Bayne.
​​
Proudly powered by Weebly